The military portrait painting which I completed earlier this year has been featured in the latest edition of the Volunteer Magazine. 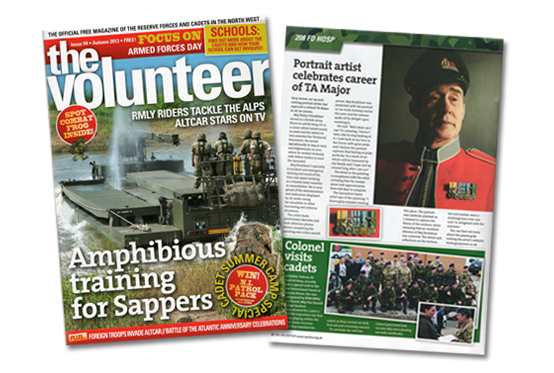 Portrait by Gary Armer featured in The Volunteer Magazine

The quarterly magazine is published by the North West Reserve Forces & Cadets Association and distributed to politicians, journalists and generals as well as their members. The article features in the 208 Field Hospital section of the Autumn 2013 edition.

The family of Major Philip E. Bradshaw T.D. commissioned the portrait for his 60th birthday earlier this year. 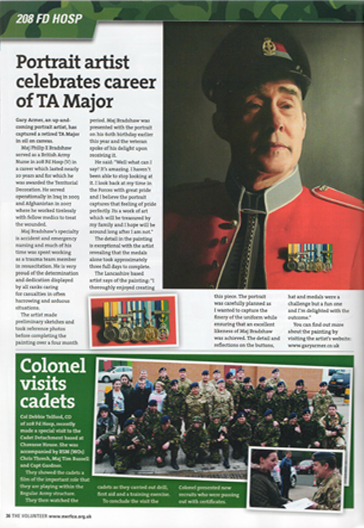 Article featured in The Volunteer Magazine