Portrait Paintings in Lancashire – Pauline in the Yellow Dress

This latest blog looks at portrait paintings in Lancashire, highlighting one of the Harris Museum and Art Gallery’s best works of art. Described by the BBC as ‘Preston’s most popular painting,’ Pauline in the Yellow Dress is an enthralling portrait. 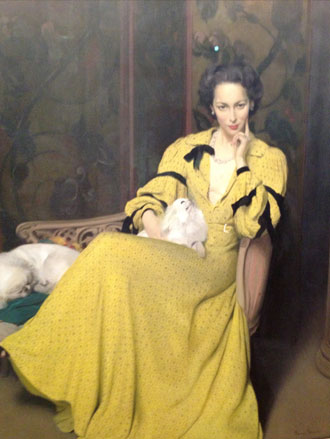 Pauline in the Yellow Dress by Sir Herbert James Gunn

Painted by Herbert James Gunn in 1944, the portrait shows the artist’s wife seated with two small white dogs. When it was first unveiled, her glamorous appearance and captivating smile created a real stir, with the Daily Mail at the time describing it as the ‘Mona Lisa of 1944.’

I find the sitter’s expression captivating, emphasized by the way she is resting her head on her hand, with her index finger touching the side of her cheek. The small dog in Pauline’s lap seems to be looking up at her face in awe, much like most viewers of the painting do. 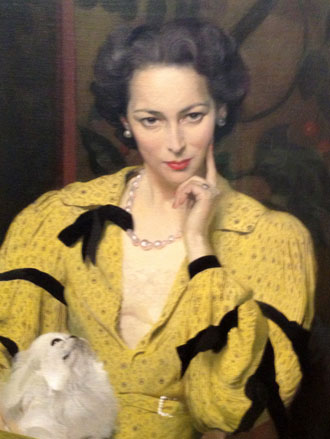 Captivating expression of Pauline in the Yellow Dress

However, what really caught my attention when I saw the portrait in the Harris Gallery, was the mustard coloured dress. The attention to detail displayed in the fine pattern of the dress is truly breathtaking. It must have been a labour of love for James Gunn to capture this so perfectly. 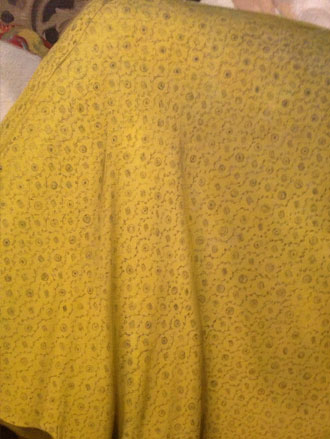 Amazing detail of the dress

Born in Glasgow in 1893, Gunn was one of the most successful British portrait painters of his time. After starting out painting landscapes, he went on to paint portraits of many notable sitters from the military, academia and the judiciary.

The artist painted HM Elizabeth II to celebrate her coronation in 1953 and went on to be elected as President of the Royal Society of Portrait Painters in the same year.

Other paintings in the Harris Museum and Art Gallery that caught the eye included Hesperia (from the Greek mythology Hesperides) painted by Sir Frank Dicksee and Portrait of a Lady with a Dog by Harman Verelst. 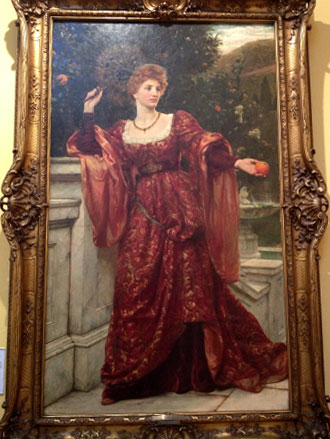 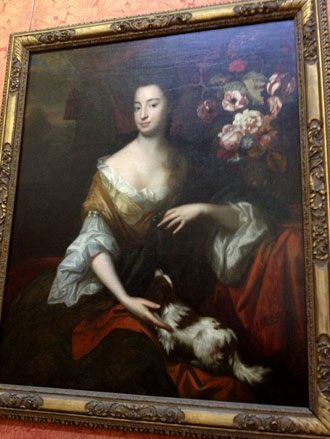 Portrait of a Lady with a Dog by Harman Verelst