Portraits at the Harris Museum & Art Gallery in Preston

As mentioned in my last blog I thought it might be interesting to document some of my favourite portraits that can be seen across the County. Starting with works in the Harris Museum and Art Gallery in Preston, here are a few which caught my eye. 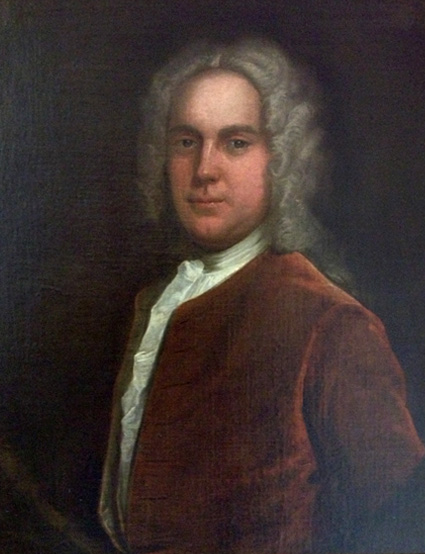 Painted centuries apart, two very different portraits of past Preston mayors can be seen in the Harris Gallery.

The painting of the physician and former mayor Dr Richard Shepherd was painted by the Warrington born Hamlet Winstanley in approximately 1735.

Detail of blended wig and light on velvet jacket.

The sitter’s wig is blended so softly that it seems to disappear into the darkness of the background in an almost ghost like fashion. What really impressed me about this piece however was the way the artist has captured the velvet jacket. The way the light is portrayed on the material is especially life like and tactile.

The portrait of Harold Parker, Guild Mayor of Preston, 1992 was painted in 1993 by Maggi Hambling. As tradition, the Mayor of Preston during a Guild year has their portrait painted by a leading artist of the time. 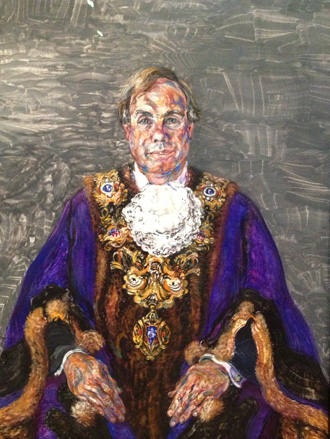 Awarded a CBE in 2010, Maggi Hambling’s painting employs a broad colour palette with rich, expressive brush strokes that give a formal composition real energy. I was mostly drawn to the bold use of blues and purples within the skin tones of the sitter.

The Harris Gallery is currently home to a military portrait by Arthur William Devis of the snappily(!) entitled William Pitt Amherst (1773–1857), 1st Earl Amherst of Arracan, Viscount Holmesdale and Baron Amherst of Montreal. 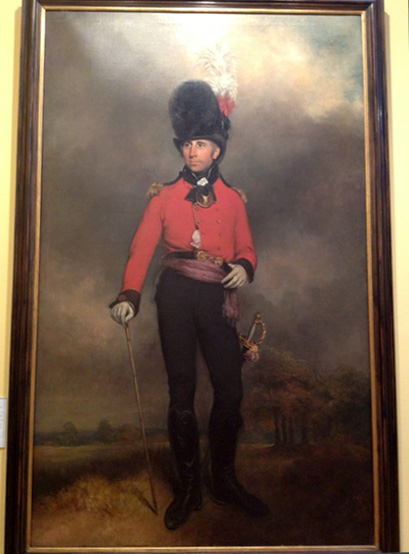 Painted in 1803, what is fascinating about this piece is the life stories behind both the artist and sitter. Each had mixed success in their respective careers. As a soldier and diplomat Amherst was Governor General of India between 1823 and 1828 but had earlier (1816) been ordered out of China by the Emperor for refusing to perform the kowtow (kneeling and bowing down to show respect).

The artist, son of portrait painter Arthur Devis, was thrown into debtors prison shortly after the completion of this portrait before later (1807) going on to paint arguably his most famous work – The Death of Nelson, 21 October 1805.

The recent military portrait I completed was naturally far smaller in scale, featuring a head and shoulders composition. However I do love the atmosphere created by the clouds in Devis’ painting, a common feature in the background of such full length military works of the Georgian era.