I recently visited the fantastic Dunham Massey Hall in Trafford near Altrincham, Manchester. The moated Georgian house is set in a beautiful deer park and contains a superb collection of regency treasures including paintings, furniture and silverware.

For 2014 the house has another reason to visit, with part of the Hall being reconverted back into a First World War military hospital. 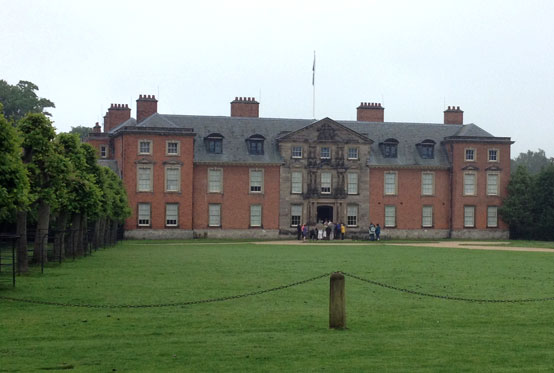 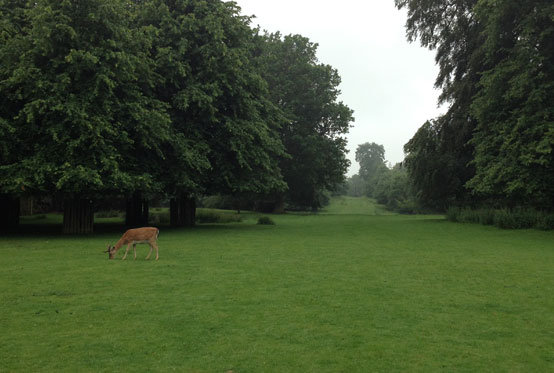 Owned by the National Trust, the present day hall was built in the 1730s by the 2nd Earl of Warrington – George Booth. The Grade I listed hall set in 3,000 acres of grounds, features a mill, stables, coach house and numerous gardens.

During the 300 years that Dunham was inhabited by generations of the Booth and Grey families, a fantastic collection of treasures was built up. The National Trust explains that it is one of their largest collections with over 25,000 objects.

Aside from some of the fabulous portraits on display, my personal highlights of the house include the library, study and the restored State bed dating from the 1680s. 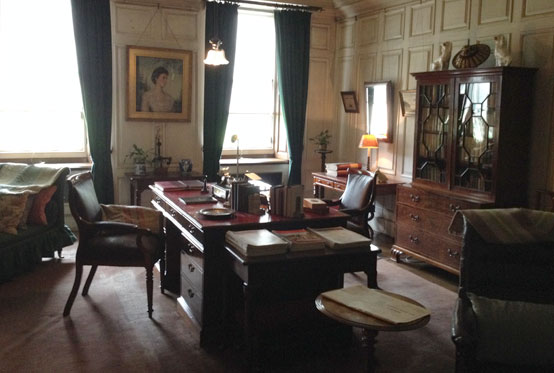 The Study at Dunham Massey Hall 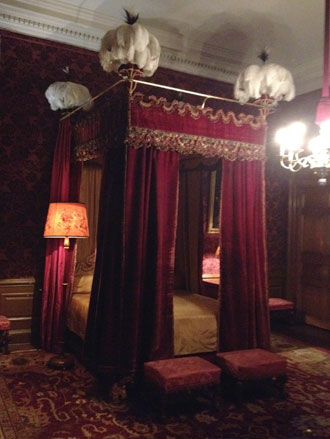 To commemorate the First World War Centenary, parts of Dunham Massey Hall have been reconverted back into a Military Hospital, just as it was used from April 1917 until February 1919.

As Chris Evans of the Independent explains:

“In 1914, when war broke out, there were 7,000 hospital beds in the UK, clearly nowhere near enough for the millions of soldiers returning from the front line seriously injured.

The solution presented itself in the form of thousands of homes, parks, schools and buildings up and down the country, which were requisitioned or volunteered for use as auxiliary military hospitals or convalescence homes.”

Based on records from the Hall’s archives, Stamford Military Hospital has been meticulously recreated, including the main ward in the saloon and the makeshift operating theatre at the foot of the great stairs.

The stories are told of real soldiers who were treated at the hospital and the nursing team that cared for them. National Trust actors, portraying such people, help illustrate what sanctuary the Hall must have represented for the soldiers away from the horrors of the trenches. 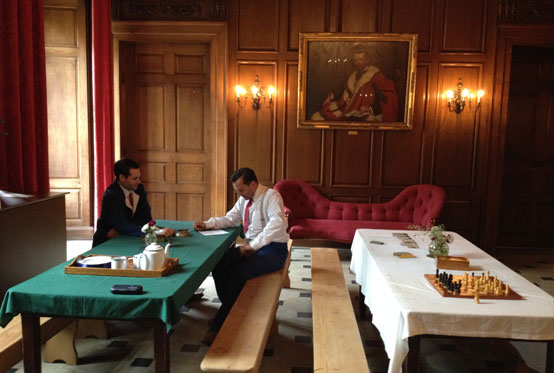 Dunham Massey Hall is home to a fine collection of portraits, many of which depict the generations of Booth and Grey families that lived in the house. Paintings which caught my eye included Portrait of an Unknown Boy with a Spaniel attributed to William Beechey and a double portrait of children by George Sanders. 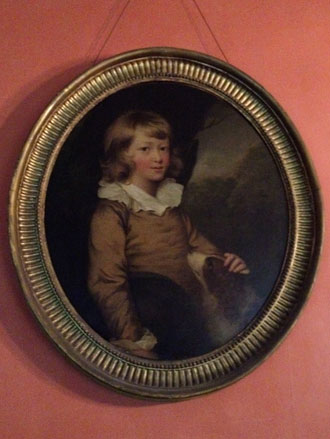 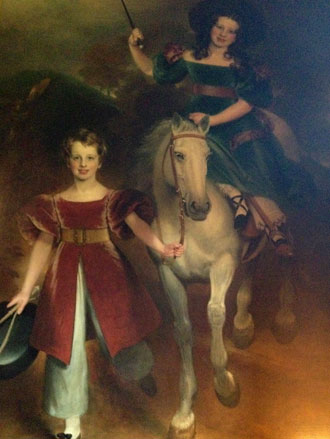 My particular favourite however was a portrait of The Honourable Reverend Anchitel Grey (1774-1833), as a Boy by George Romney. The portrait, which shows the young member of the family posing with a spaniel, was referenced by Romney in his notebook of 1781. I like the artist’s use of light in the piece and the boy’s expression has been excellently captured. 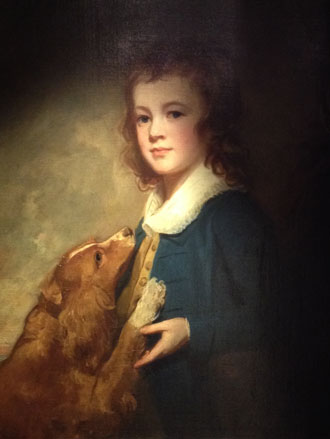 I’ll take a closer look at the splendid portraits of George Romney in a future blog after I recently saw a number of his famous works at the Abbot Hall Art Gallery in Kendal, Cumbria (the town where the artist studied his apprenticeship as a portraitist).