Latest Painting – Portrait of the High Sheriff of Cumbria

For one of my latest portraits I had the honour of painting the new High Sheriff of Cumbria, Mr Sam Rayner.

The portrait was commissioned by Mr Rayner’s family as a gift to celebrate his 60th Birthday and to mark his year as High Sheriff. Painted in oil on a 24” x 18” canvas the portrait was painstakingly created over a number of months. 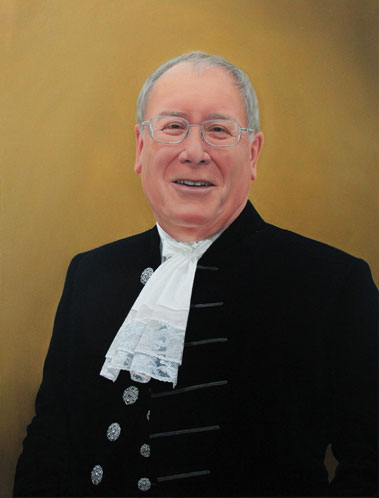 Mr Rayner, who is the Managing Director of Lakeland, began his year in office after being installed on the 31st March 2015 at a prestigious ceremony carried out in Kendal town hall.

The position of High Sheriff is over 1,000 years old and is the oldest secular office in Britain. Originally responsible for collecting taxes, administering the law, raising an army to name but a few, the role of the modern day High Sheriff is mostly ceremonial. A High Sheriff will typically be in attendance for Royal visits, support the Judiciary, Emergency Services as well as helping and meeting with local charities and community groups.

During the sittings for the portrait it was interesting to hear how Mr Rayner hoped to make a difference during his year in office. The role will see him meet a variety of people across Cumbria with particular plans to help young people and the disadvantaged in our society. He was also especially keen to show his interest in groups such as the Mountain Rescue and to thank them and other volunteers in the County.

Formal Portrait with a True Likeness

From an artist’s point of view the painting was an absolute joy to create. The piece had to work as a formal portrait while, as always, ensuring a true representation of the sitter was captured. The portrait needed to give a real sense of warmth which I believe has been achieved through Mr Rayner’s subtle smile.

The smile had to be just right so that it looked natural for the sitter and appropriate for a formal but celebratory painting. It was crucial that enough of the eyes were seen behind the glasses and I’m especially happy with the skin tones in this painting that I think look particularly accurate (especially when viewed in life rather than online). 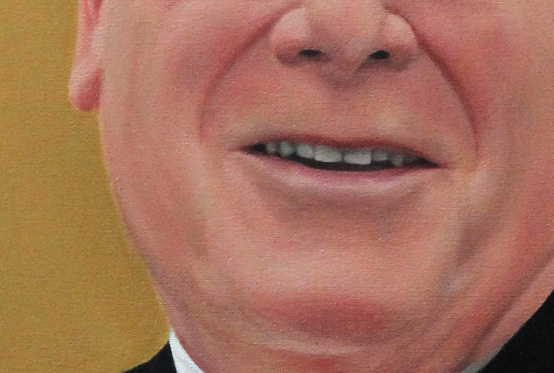 Accuracy of the Skin Tones

Detail of the Court Dress

There was a real balancing act required to capture the most appropriate level of detail so that the features of the Court Dress didn’t detract from the face. The exact composition was carefully planned and I deliberately kept the background plain to help focus attention.

Painting the beautiful detail of the delicate lace jabot and reflections of the steel-cut buttons were a challenge that I absolutely relished. While these features of the painting catch the eye there are other subtle elements that had to be especially accurate. The lighting and shadow of the Court Dress jacket had to be carefully worked and reworked until the texture of the velvet was achieved. 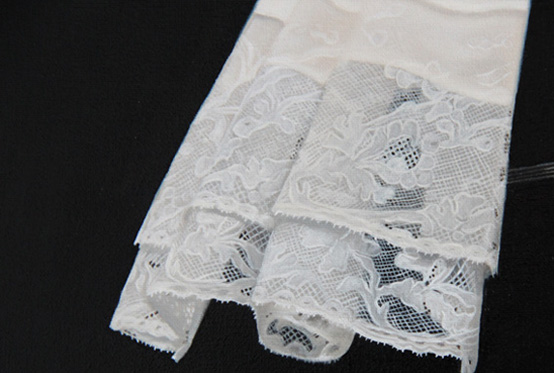 Intricate Detail of the Lace Jabot

After receiving the final portrait recently Mr Rayner gave his thoughts on the painting:

“…I’m absolutely delighted with the interpretation and feeling you have created in minute detail in the painting… the painting is going to be a wonderful memory of my year in office but it is also something we will enjoy for a long time to come for the workmanship and likeness it represents.”

You can view more detailed imagery of the portrait in the portfolio section.