After a particularly busy Autumn I’ve finally got around to updating my blog. I’ve been meaning to share the following for a while…

One of the best parts of having an artist’s studio in the countryside is the peace and quiet. While I listen to hours of music while painting, there are times when I work in silence, often when I need to overcome a particularly tricky part of a portrait. I also benefit from the quiet when I’m taking some time out to plan what part of a painting to work on next. It’s not often that this peace and quiet is interrupted but when it is, it’s often through a visit from some feathery friends! 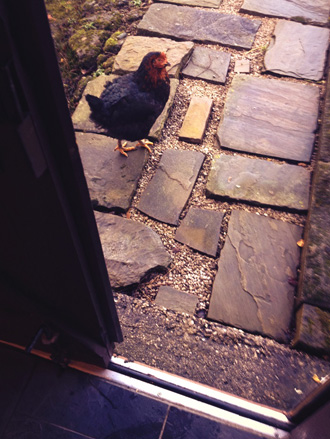 As I keep free-range chickens that are allowed to roam free, they often bob in to check on my progress, especially in Summer when I have the studio door open. With early starts and late finishes at the studio I have some great opportunities to see a range of wildlife such as pheasants and hares in the early morning and bats and, occasionally, barn owls in the evening.

Over the past two Summers I have had the pleasure of seeing tawny owls on numerous occasions. After first hearing these amazing birds calling to each other outside the studio late one night, I have seen them glide between trees in the light Summer evenings. 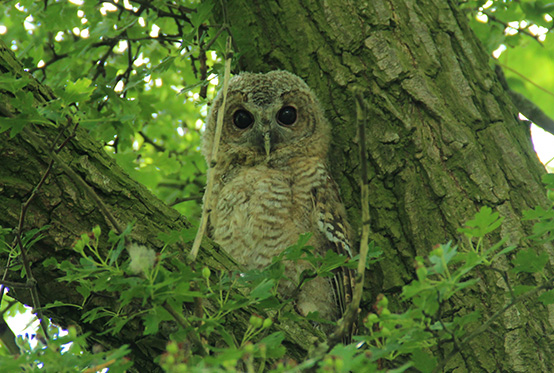 Having found pellets around the base of some trees near the studio I spotted the owls roosting one day and managed to capture a few quick snaps. Using the zoom lens and being careful not to disturb the birds I captured some great photos, which I thought were worth sharing on here.

I often update my social media accounts with photos from the studio. If you’d like to follow me then you can find me on: 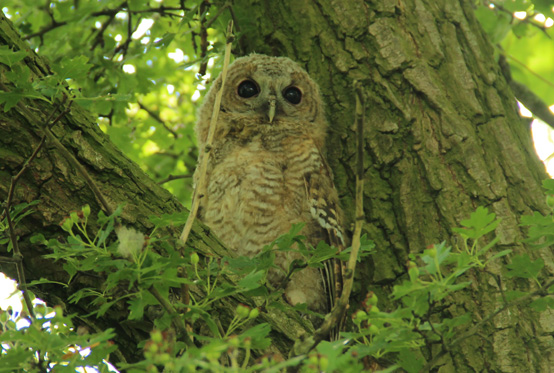 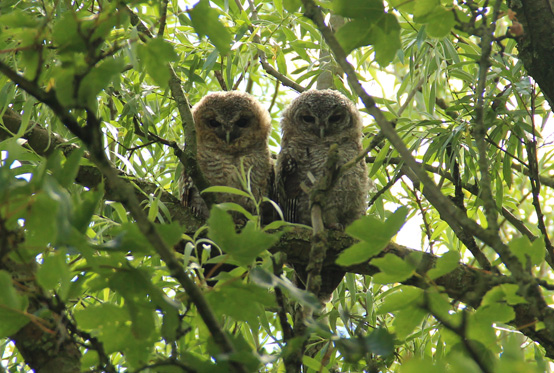 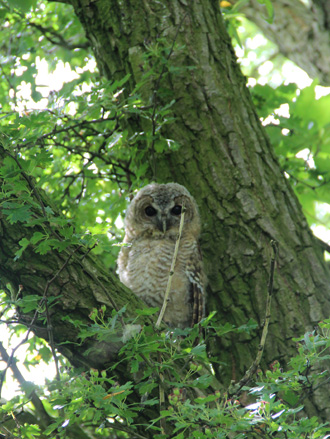